BRUSSELS—On June 28 at the Solvay Library, situated just behind the European Parliament in the Parc Leopold, a large group of faith and government representatives met in what has been termed the launch of the Faith and Freedom Summit. 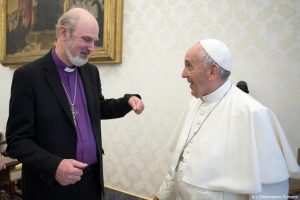 So much hope was placed upon this conference to address and resolve the divisions caused by intolerance that Archbishop Dr. Thomas Schirrmacher from the World Evangelical Alliance attended just after meeting with Pope Francis in Rome to receive the personal blessings of the Pontiff and his wishes for the Summit’s success.

The 80 participants—religious leaders and scholars, human rights advocates, members of the European Parliament, and other leaders from throughout Europe—included representatives from the United States and from as far away as Indonesia. 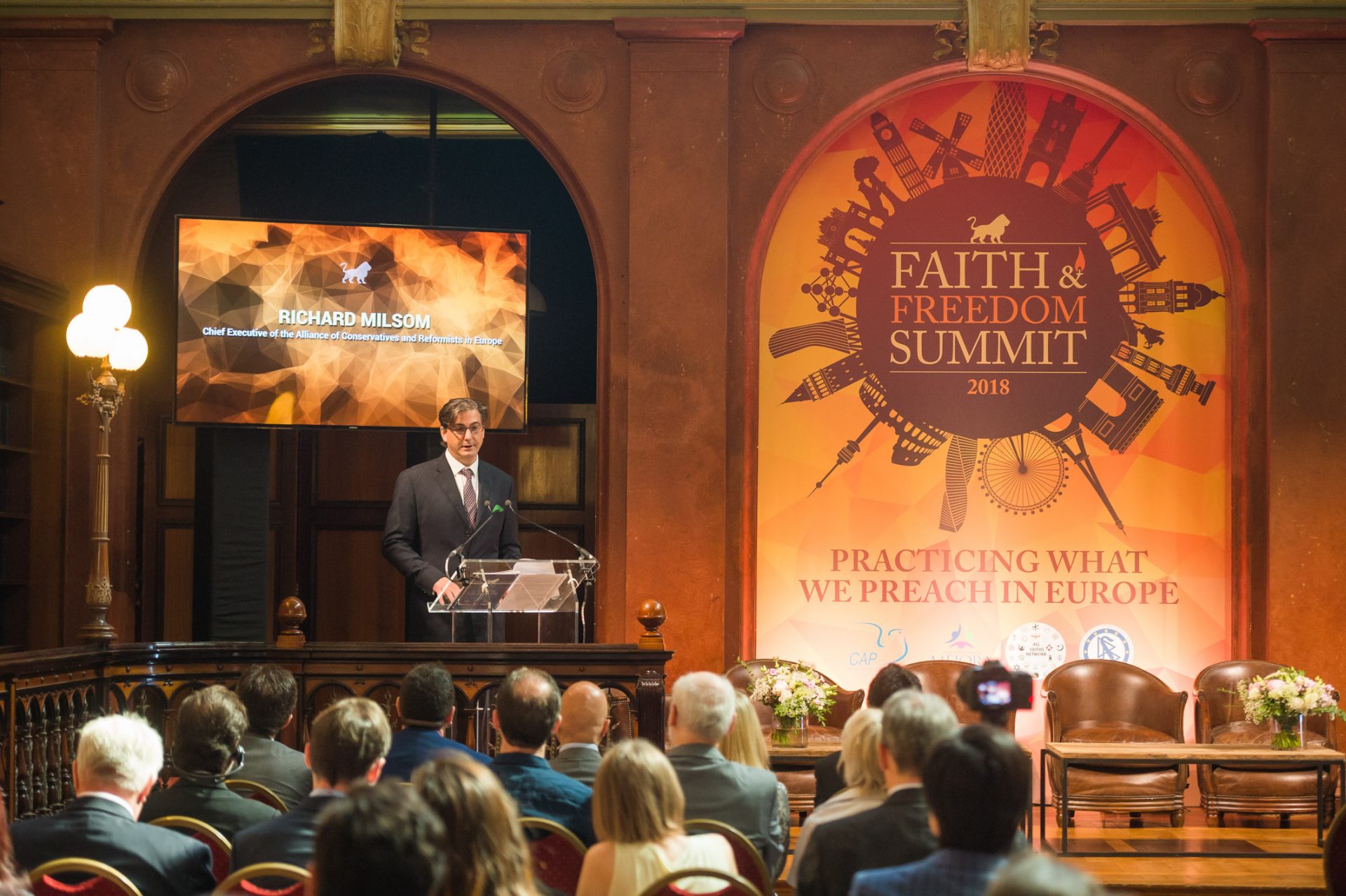 Richard Milsom, Chief Executive of the Alliance of Conservatives and Reformists in Europe, introduced the conference and the importance to act now with reference to Freedom of Religion or Belief (FoRB), especially in light of the upcoming 70th anniversary of the Universal Declaration of Human Rights in December. 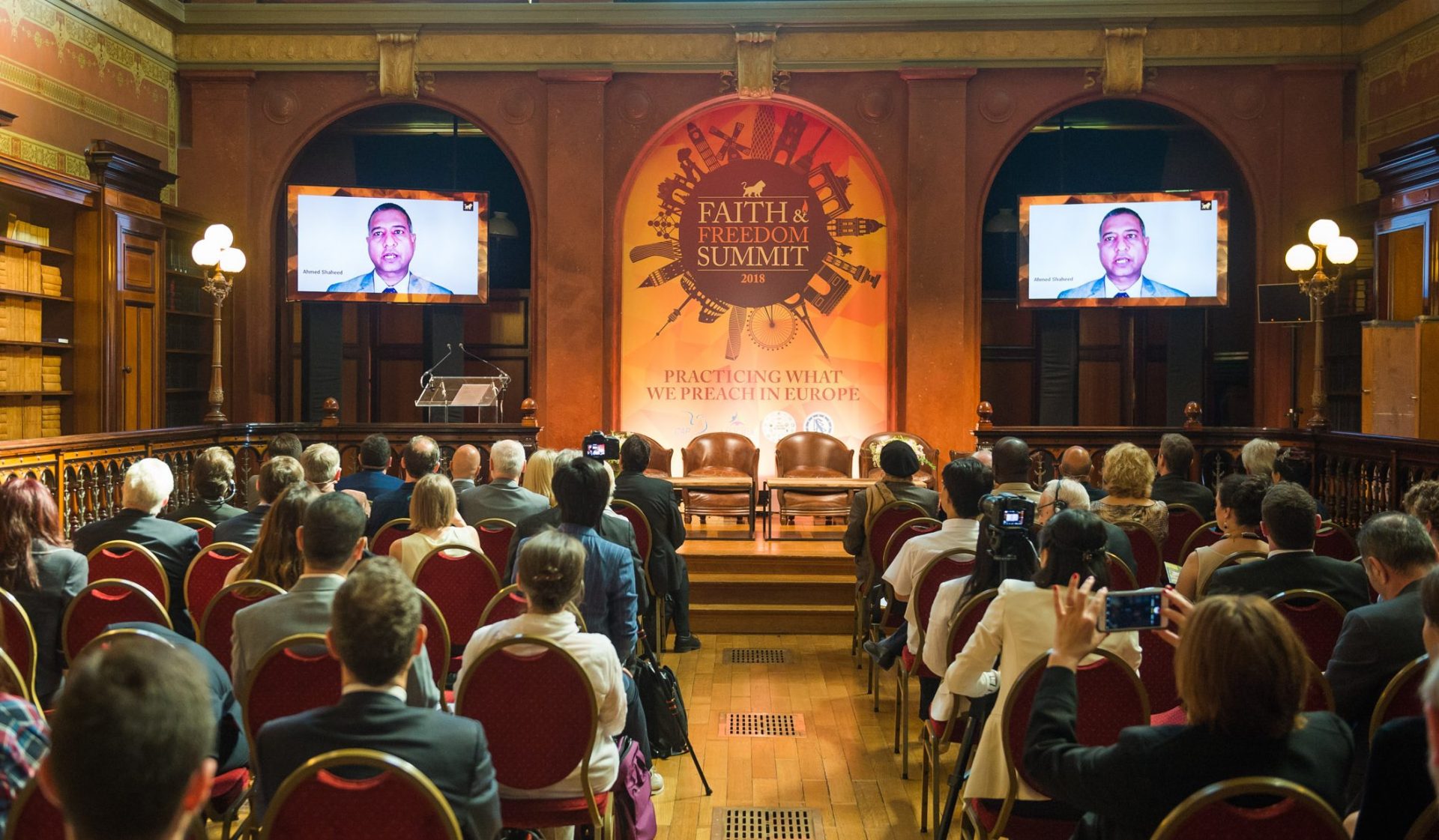 His speech was followed by a video address from Dr. Ahmed Shaheed, U.N. Special Rapporteur on Freedom of Religion or Belief, who spoke on the importance of European external and internal policies in regard to the freedom of religion or belief. He asked every Member of the European Parliament to sign the pledge of the Faith and Freedom Summit campaign that reads:

“I pledge that I will uphold and defend the freedom of conscience and religion of all individuals by rejecting and speaking out against bigotry, discrimination, harassment and violence; and so build a more equitable society for all.”

Panel discussions focused on the need for implementation of bold policies committed to freedom of religion or belief. These panels discussed what could and should be done to strengthen application of these policies to ensure these benefits carry through to every individual in the European Union. 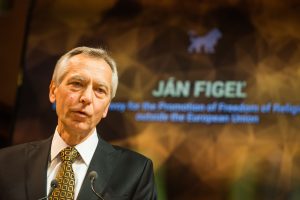 During his keynote speech, Jan Figel, EU Special Envoy for the promotion of freedom of religion or belief outside the European Union, declared:

Figel also exposed the different types of religiofobias that can be found, despite of all efforts so far, Europe, and how looking into the internal issues will help to protect FoRB in the rest of world.

According to Article 9 of the European Convention on Human Rights: “Freedom to manifest one’s religion or beliefs shall be subject only to such limitations as are prescribed by law and are necessary in a democratic society in the interests of public safety, for the protection of public order, health or morals, or for the protection of the rights and freedoms of others”, and in this regards, the statements of the different keynote speakers could not be more relevant.

In the beginning of afternoon, it was the turn of Salvatore Martinez, Rep of the Italian presidency at OSCE for Freedom of Religion, to say in a moving keynote speech: 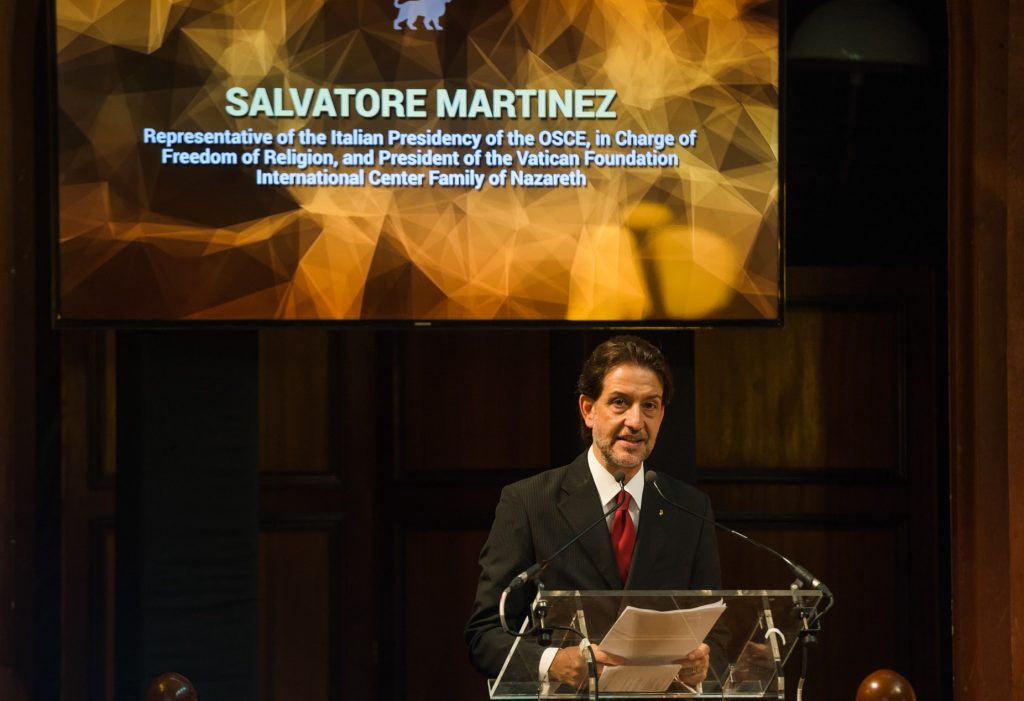 “The denial of freedom of religion put at risks the most basic rights of everyone, and when this denial concerns a whole religious community, it endangers peace and security between states themselves. Freedom of religion must also be respected in its collective dimension.”

The impressive list of speakers and panellists made it maybe the most important event on Freedom of Religion that happened in Brussels since decades. The list included: 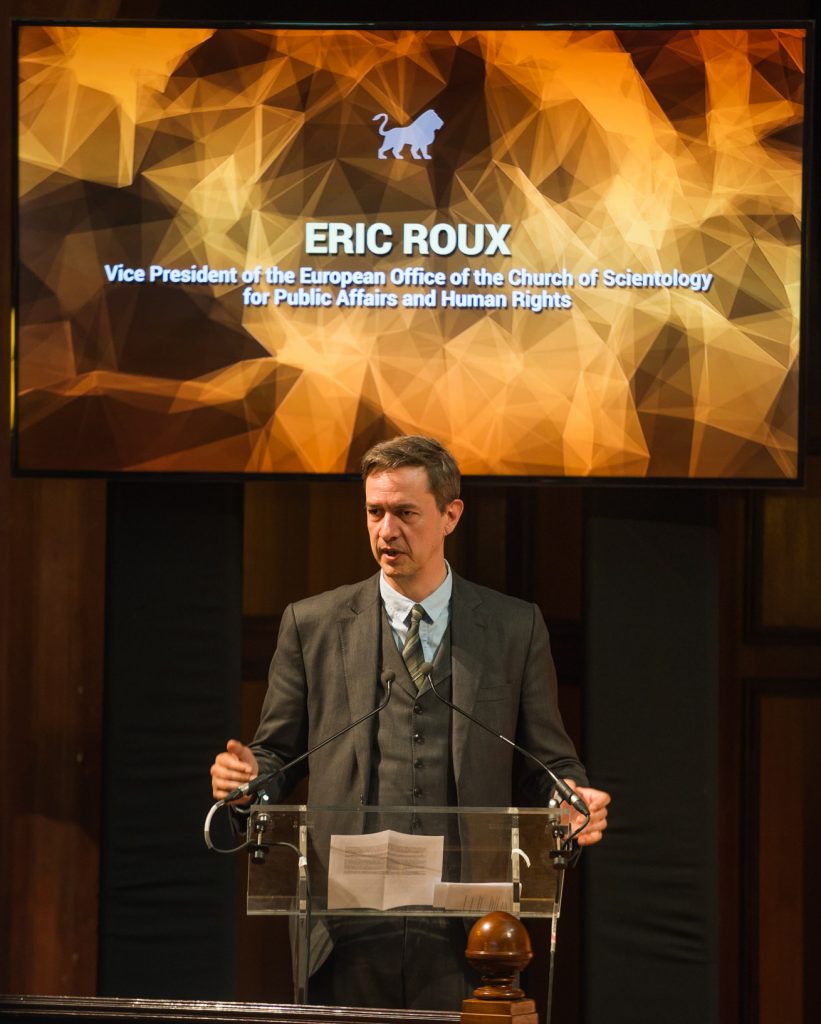 In a final keynote speech, Eric Roux, Vice President of the European Office of the Church of Scientology for Public Affairs and Human Rights, delivered the following message:

“Freedom of religion or belief has no religion. It has no political side. What people believe is their most ultimate freedom. Their link to God, or to the ultimate sense of life, and the expression of these inner beliefs are the most profound richness of a human being. That is why freedom of religion or belief must be fought for all, always, with no consideration of whatever faith one chooses.”

The faith and Freedom Summit will continue as a global campaign. The pledge of the Summit will be soon open for signatures for all, and especially for candidates to the 2019 European Parliament elections. Follow-up at www.faithandfreedomsummit.eu.

The event organized by ACRE was co-sponsored by the Church of Scientology, the Foundation for the Improvement of Life, Culture and Society, the Coordiantion of Associations and People for Freedom of Conscience, and the UK based All Faiths Network.. 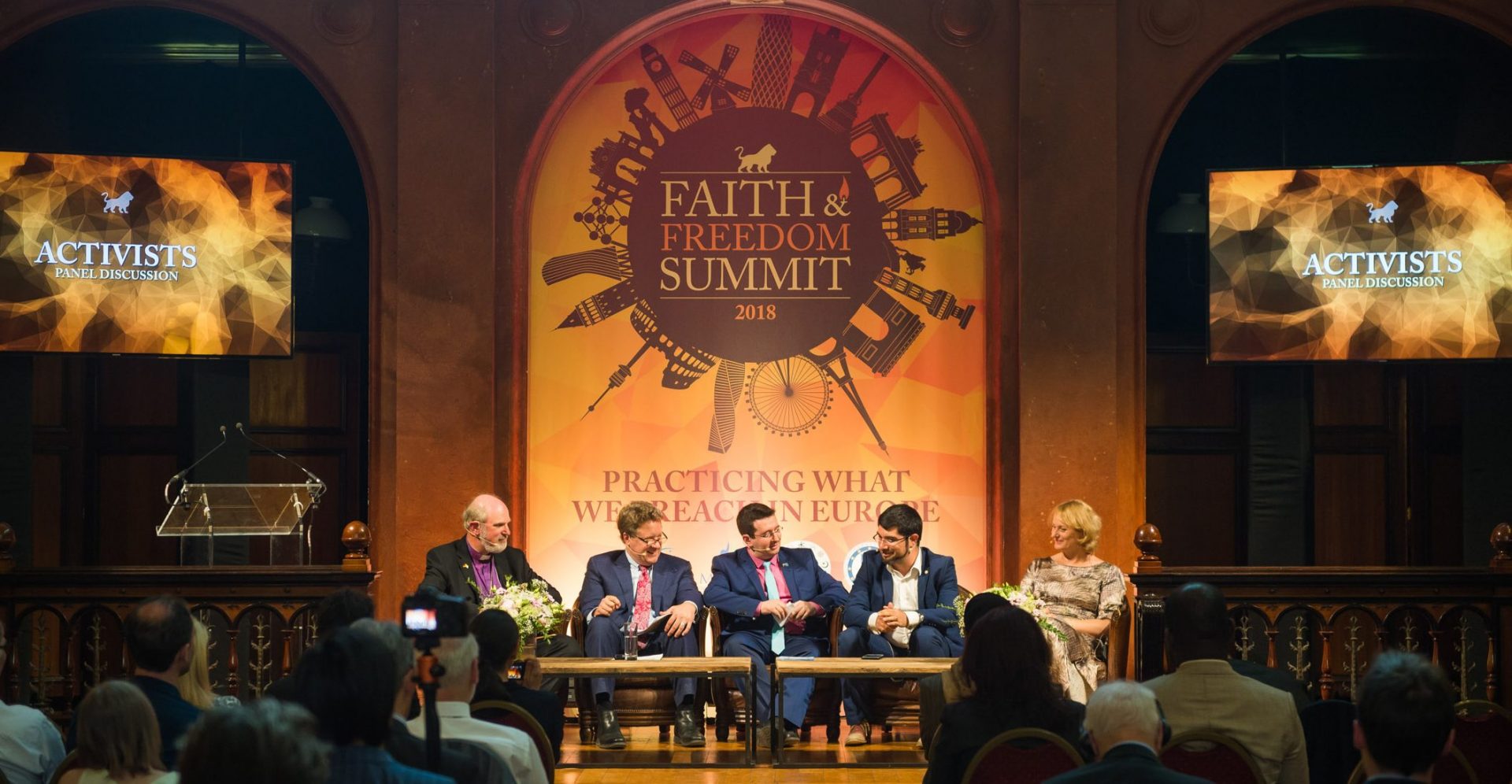